Cat castration is a quick, safe and routine procedure with a quick recovery & minimal aftercare and it should be carried out in all male cats. Castration gives huge health benefits as castrated males are much less likely to wander and get themselves injured, they are less likely to fight, and have a lower risk of catching diseases.

What is a cat castrate? 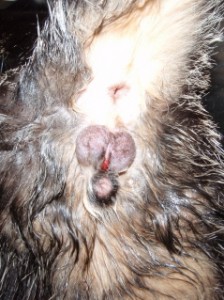 This cat is under a general anaesthetic, and ready for a cat castration 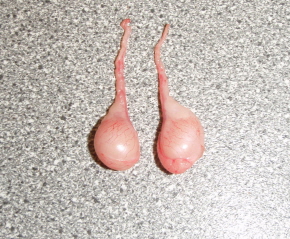 Both testicles are removed when a cat is castrated.

Why should I have my cat castrated? 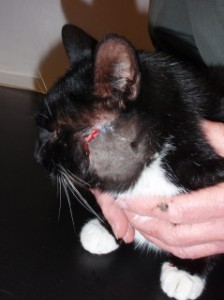 Cat bite abscesses are common and painful injuries caused by cats fighting, which entire males are far more likely to do.

When should I have my cat castrated

How is my cat castrated?

The cost of cat castration

Please note, this is an advice only website, if you have any specific queries or concerns about your pet, you should contact your veterinary surgeon.