Why The Flat Face?

Crufts is over for another year, the world of pedigree dog showing can go back to relative obscurity and the Kennel Club’s PR team can take a break after their annual onslaught.

That doesn’t mean the issues that some breeds have will go away and I could not be happier that there appears to be a growing public recognition that the brachycephalic (short nosed) in particular need some attention.

The Kennel Club and various breeders are attempting to combat this with in-show veterinary tests for ‘at risk’ breeds, and while testing for BOAS (Brachychephalic Obstructive Airway Disease) is available, it is not mandatory, nor do there appear to be any restrictions on dogs with the issue being bred from.

The frustrating thing is that the Kennel Club and it’s registered breeders have within their power to make a real difference to these dogs, their lives and their welfare, and they could do it tomorrow.

They could make significant changes to breed standards, to insist on muzzles at least a third the length of the skull (a point at which the breathing has been shown to be barely compromised but these dogs are still clearly recognisable as their breed), to ensure all dogs have noses open enough to allow a normal airflow and to outlaw facial folds so excessive dogs can hardly see past their eyelids. 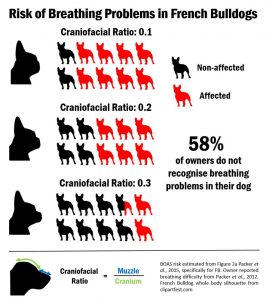 As this graphic shows, when the muzzle is 1/3rd of the length of the rest of the head, only MUCH smaller number of dogs struggle with their breathing.

They could make ALL breed testing mandatory.  At the moment it is completely voluntary, even in these flat faced breeds and results are not taken into account in the show ring.

They could refuse to register, or at least ban from the show ring, any dog born by caesarian section. Currently 80% of brachycephalic pups have to be delivered this way, otherwise they – and the bitch –  wouldn’t survive the process.

(** And if you will allow me to digress for a moment, these dogs are often bred by AI, so challenging would they find the natural mating process.  WHY do we even consider it acceptable to allow animals who can neither procreate nor give birth naturally to exist, quite aside from the struggles they have once they are here)

Both breeders and the Kennel Club often claim that the problem lies not with them but with the puppy farmers and back yard breeders who produce dogs with no care or attention to their features.  While this is true to some extent, it is also true that very often the flattest faces are in the show ring, not the selling pages.

Also, the Kennel Club are against making these changes because they believe, the breeders who oppose them so vociferously will simply rescind their registrations and continue to produce these dogs outside of any sort of control of the KC.

However, I can’t see this would be a bad thing and it most likely would spectacularly backfire on those petulant enough to stick to their blinkered view.

Let’s imagine these changes were made.  It wouldn’t actually matter if these breeders left or not.  Next year their dogs might be in the show ring but they wouldn’t win.  They wouldn’t stand on the winners podium, their pictures wouldn’t be beamed around the world as the ideal of what these dogs ‘should’ look like.

But the less extreme versions would, and the contrast would be clear for all to see.   And also, don’t forget, the similarities.  These breeds would still be recognisable as Frenchies, and Pugs and Pekes, but also as dogs as well. 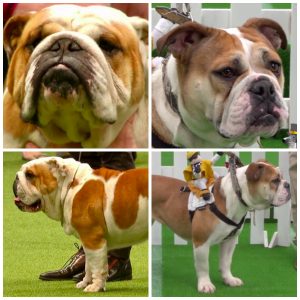 After the first year of probably pretty empty classes – which would be a powerful message in itself – the brachycephalic rings would start to look different.  The true severity and ridiculousness of the previous ‘standard’ would be shown up for what it was, cruel and unnecessary, and we would move away from this type of dog forever.

Although the Kennel Club represents a tiny proportion of the dogs bred in this country, they wield enormous power over the public perception of what these dogs should look like and therefore what buyers demand, whether they buy ‘pedigree’ or not.

In just a few years we could change the landscape for these breeds completely, and never look back.

We have done before, just in the other direction.  Look at the pictures of the French Bulldog from years ago and compare them to now.  That didn’t happen by accident, it happened by design and so let’s change it back but let’s not take a hundred years this time. 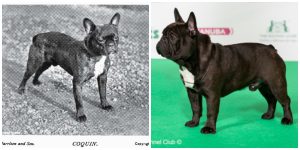 The French Bulldog from the 1800’s was clearly recognisable as todays breed, just much less extreme in the face.

Let’s allow some sensible outcrossing, or at the very least allow the ‘less perfect’ versions of these dogs to procreate, and lets have them in the show rings and the mainstream media by this time next year.

The press attention and likely huge positive public reaction to these changes would massively outweigh any tantrums a few disgruntled breeders would throw and, just as the ‘Pedigree Dogs Exposed’ program made Kennel Club certification less desirable and potentially a marker of poor breeding in dogs, a move like this could turn the tables and actively encourage potential puppy buyers back into the Kennel Club fold.

It could be done.  It should be done.  There is no good reason not to change these breeds of dogs; it would make a massive difference to their welfare and would be a hugely positive move for the Kennel Club.

But they, and the breeders, will continue to protest until they are as blue in the face as the dogs they breed, that they are not at fault.  That testing and selective breeding, from a pool of animals already backed into a genetic and morphological corner, will solve the problem and that the puppy farmers, not them, are the real culprits here.

And professionals like me, dog lovers and anyone with a pair of eyes, will continue to fruitlessly protest.  My colleagues and I will continue to operate on these breeds to give them some semblance of a normal life and despair.

And continue to ask; ‘Why the flat face?’