This blog is in support of the Pet Parasite Action campaign!  Check out their website for more great advice and information about how to protect your pets!

I reckon most people realise parasites are pesky but probably think they aren’t that serious.   Whereas actually many can make our pets really sick, and even kill them.

Many cats are allergic to fleas and even a single bite will cause horrible skin reactions.  Severe infestations can lead to anaemia (a lack of red blood cells) and in kittens this can easily be fatal.

Fleas can cause nasty skin sores in adult cats and can suck so much blood out of kittens, they are at risk of life threatening anaemia!

Intestinal worms, again particularly in young animals, can cause horrible damage to the guts and Lungworm can stop the blood clotting properly, potentially leading to deadly haemorraging.

So, while it’s true that most pets won’t be severely affected by worms or fleas, some will become very poorly.   Is it really worth the risk?

2) You will protect your family

The bugs that infect our pets can also live on us which is at best unpleasant but can also cause disease.

Roundworm, or Toxocara, probably cause the most serious infections and children are particularly vulnerable. These worms normally live in our pet’s intestines but if they find their way into a human body they can cause many issues, including, in some cases, blindness.

Although they don’t find us as tasty as cats or dogs, fleas will feed from humans, causing nasty, itchy spots.  They also have the potential to spread an infection called ‘Bartenollosis’ which can be very serious.

You might catch sight of fleas if there are lots of them.  You would think you would see ticks but they can be easy to miss in skin folds, under thick coats and some species are tiny.  Worms, obviously, live on the inside and the eggs they produce are microscopic.

This video shows just how hard fleas are to spot!  They are tiny, move fast and blend in well will fur coats, especially dark ones!

Many people believe if they don’t see worms in the faeces, then none are present, but only in really heavy infestations, most often in puppies or kittens, do adult worms slither outside the body.

AND when you do treat your pets, don’t assume you will spot tiny corpses.  Dead fleas will fall off into the carpets (blegh – get the hoover out!), ticks too, and dead internal worms will be digested, so the poo will look normal!

4) Your cat is a murderer

Or, to put it another way, they enjoy hunting! 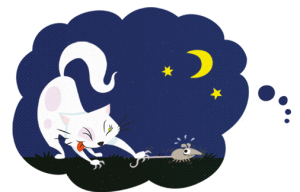 If your cat hunts, they DEFINITELY will have worms and fleas unless you treat them regularly!

You could say that by infecting your cat with worms, fleas and ticks, they are getting their own back from beyond the grave.  Indeed, some species of worms have evolved specifically to lie in wait inside mice, so they can get into a cat or dog to breed!

Any cat who hunts should be wormed monthly because of their increased risk of infection.

5)  You take them on holiday

All you want to bring back from a trip abroad with your pets is memories, a tan and possibly some dubious knick-knacks.  You DO NOT want to allow foreign parasites, many of which are deadly and can infect people, to hitch a ride.

If you are taking your pets for a jolly, speak to your vets about how to protect them.  Some treatment is required as part of the passport scheme but it doesn’t cover everything, so just doing what the government tells you, is not enough!

6)  They leave the house

As soon as your pet steps outside, they are at risk of becoming infected by parasites.  Worm eggs live in the soil, as do flea larvae, so snuffling in the undergrowth means they can pick them up.

Many dogs like to eat grass and often will accidentally snack on slugs as well!

Ticks are waiting in the shrubbery and slugs and snails – a tasty snack for many dogs but they are often eaten by accident – can carry lungworm.

As we have established, parasites are sneaky and clever.  Some species of worms will lie dormant within the uterus and mammary glands and pass into the puppies or kittens while they are still in the womb or when they first suckle.

Worms will lie dormant in the mammary glands of pregnant bitches and then pass into the puppies as soon as they start feeding!

This is why regular worming in young animals is so important in the first weeks of life!  Especially as a heavy worm burden can cause serious damage to the delicate, immature guts and can even be fatal.

So you guys with indoor cats are probably feeling pretty smug by now and thinking your pets will be fine because of their closeted lifestyle, but nope!

Although you can potentially get away with treating less less frequently, treatment and vigilance is still important.

Fleas can be carried into your home on your clothes or by visitors and once they are in, they will quickly settle down to stay!  Afterall, your house is nice and cosy with a mobile buffet provided, whats not to love?!

Cats are fastidious groomers, the neat freaks of the animal world you might say and dogs are always licking at themselves.  Although these habits keep them clean, they also mean they are often infecting themselves with worms. 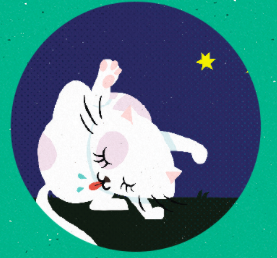 Cats will groom fleas from their coats, infecting themselves with worms and making it even harder for you to spot an infestation!

Fleas are very often eaten (accidentally) by both cats and dogs. Not so great for the flea (and it’s one of the reasons you might not see them but they are definitely there!) but it is great for the species of worm whose larvae live inside the flea and hatch out once they are inside the body.

Bottom licking will also lead to re-infestation with worms due to the eggs being shed and sticking around the anus.

This why not letting pets lick your face and washing your hands after petting them is so important, those eggs can just as easily get into us.  It also explains why children are particularly prone to worm infestations caught from animals, and we discussed above how potentially serious those can be.

There are so many ways you can keep your pets protected nowadays!  Combined tablets, that are genuinely tasty treats, that cover the vast majority of parasites in one treatment.  Spot-on preparations.  Powders which mix into the food.  Collars that last for months (the kind from your vet, NOT from the supermarket – those ones are rubbish!).

The list is practically endless, the products are not particularly expensive and they are easily obtained from your vets.

So, pop in, discuss it with them and put some Pet Parasite Protection into Action!

This blog is in support of the Pet Parasite Action campaign!  Check out their website for more great advice and information about how to protect your pets!

The Power Of The Veterinary Receptionist!

What do YOU share with your pets? Love, companionship and……worms?!